Media Release: Ossian and Blackfriar – not just any beer 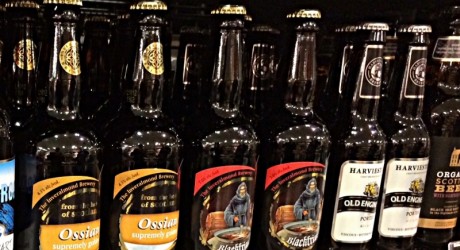 OSSIAN and Blackfriar, two beers crafted by Inveralmond Brewery in Perth, are making a name for themselves as ‘not just any beer’ in a recent deal which will see them on the shelves of Marks & Spencer stores this May.

“We are pleased to be supplying Marks & Spencer with, not just any beer, but Inveralmond Brewery’s beer.

“We’ve always been confident in the quality of our range. To see Inveralmond stocked in one of the country’s most established retailers, with 130 years of experience in the marketplace, is fitting for two brands of beautiful beer that are as unique as they are excellent.”

As well as continuing its march into growth, Inveralmond Brewery recently launched Sunburst Bohemian Pilsner, the first in their Inspiration Series of beers, which has been received well by reviewers and fans alike.