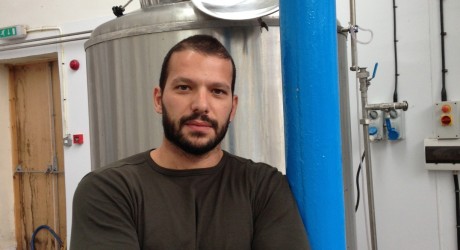 A NORTH-east craft brewery has continued its rapid expansion with the appointment of a new head brewer.

Mr Kotronis gained a diploma from the Institute of Brewing and Distilling (IBD) in London two years ago before returning to Greece to take up a position with Chios Brewery.

His appointment comes at an exciting time for the award-winning brewer, which has recently secured a major export contract for the Swedish market, equating to around 100,000 bottles per year, and is currently pursuing new opportunities in Norway and the USA.

Mr Kotronis said: “Brewmeister is in an exciting phase at the moment and I am really looking forward to experimenting with new ingredients to make some exceptional new beers, as well as improving some of the existing collection.

“For me, being able to use what is grown and produced locally in my beer is very important, which is the perfect fit with Brewmeister’s overall vision.

“Working in Scotland has been a nice change from Greece as there is a very exciting craft beer uprising happening at the moment which is breaking away from the very traditional beer making culture that there has been in this country for centuries.”

The firm, which was first launched on a £5,000 student loan, currently has a range of six beers, including what is said to be the world’s strongest beer, Snake Venom (67.5%), with several new recipes in the research stages.

The brewery recently expanded into a new 5,000sq ft facility allowing it to more than quadruple its production capacity in order to meet demands from customers across the world.

Managing director, Lewis Shand, said: “Having someone like Tony on board is fantastic for Brewmeister as he brings years of experience and knowledge of a range of beer styles from across Europe.

“We have some really exciting plans in the pipeline for some very special brews, including new contracts in Sweden and are working on new agreements in Norway as well as the United States, which, if successful, could be our biggest value contract to date.”

Brewmeister is currently available in several Aberdeen bars, hotels and restaurants, including the Carmelite hotel, The Gas Lamp and the Queen Vic. The firm is already exporting to Europe, Asia and is in talks with US distributors.