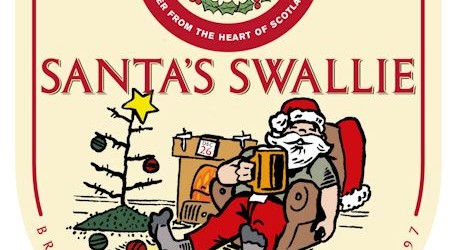 ST Johnstone fans can celebrate with a pint at Inveralmond Brewery on Saturday 20th December as visitors to the Brewery’s Christmas Open Day will get another chance to see the Scottish Cup up close.

Fans can toast the Cup while tasting samples of the Brewery’s range of ales – including their popular festive craft beer, Santa’s Swallie.

As well as viewing the Scottish Cup, which will be on display at the Brewery from 10.30am to 11.30am, guests are being invited along for behind the scenes tours and Christmas shopping between 10am and 4pm.

There will be sampling of Santa’s Swallie on offer – a dark copper coloured Christmas ale with hints of seasonal nutmeg and cinnamon – as well as a chance to meet the Brewer in person. People can also take in a tour of the Brewery which recently won the Perthshire Chamber of Commerce Excellence in Food & Drink Award and stock up on festive tipples and unique Christmas gifts for craft beer lovers.

The Scottish Cup will be on display, courtesy of St Johnstone Football Club, for any fans who would like to view the much celebrated trophy. As part of Inveralmond Brewery’s sponsorship of the football club, St Johnstone season ticket holders are also eligible for 20 per cent discount from the Brewery shop  – so there’s lots for Saints fans to say ‘cheers’ about.

“We are delighted to host the Scottish Cup here and celebrate our local football team’s success with visitors. The whole team at Inveralmond Brewery thoroughly enjoy our open days and giving people a flavour of what we do here. We always attract large numbers and I hope that this Saturday will be no different. We will be showing people around as well as introducing them to our range of exciting products which might offer some extra special ideas for Christmas presents.”